Munchausen’s Syndrome by Proxy, Loss and Self Injury in the HBO Series “Sharp Objects” 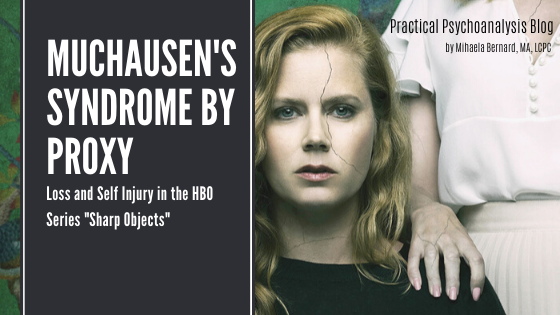 The HBO Series “Sharp Objects” based on the New York Times Bestseller novel by the author of “Gone Girl” Gillian Flynn addressed serious psychological problems of childhood abuse, sexual violence, self-harm, suicide and even murder (Warning: this post contains some spoilers). I grabbed the book one day while grocery shopping and that lead me to the HBO TV series that I watched over several weeks last summer. Amy Adams plays the main character, Camille Preaker, a troubled reporter for the fourth largest newspaper in Chicago, The Daily Posts, whose dark past has brought her to the verge of suicide and in a psych hospital. Camille is from a small town “at the very bottom of Missouri” with about two thousand residents of “old money and trash”, called Wind Gap, where a little girl was strangled not long ago and another is now missing. Camille’s editor sends her down there to write a story for the newspaper, sending her back to confront the trauma of her dark past.

(I never finished the book so this post is based primarily on the Tv series. I plan on finishing it and I will update this post as I go.)

Loss, Self Injury and Alcohol Abuse

Camille describes herself as “trash. from old money.” She cuts. She cuts a lot. Her entire body is covered with scars from cuts – words she believes about herself, hundreds of negative, dark, hurtful words. Oh, and she also drinks. She drinks A LOT. One might say she is a functional alcoholic, needing a sip of drink from her silver flask all day long to keep her focused yet away from her pain, past and present. In the course of the series, we see Camille confront her past and experience flashbacks of the traumatic experiences she went through as a child in Wind Gap, including losing her sister Miriam and being emotionally neglected and abused by her mother. We see allusions to a history of sexual violence in her past and Camille’s confrontation with the person, who inflicted it on her. All painful and hurtful times that somehow seem to justify Camille’s struggle with self injury, alcohol abuse and overall crass attitude towards men.

Munchausen’s Syndrome (currently Fictitious Disorder in the DSM V) takes its name after the main character in “The Adventures of Baron Munchausen” by the German author Rudolf Erich Raspe. Baron Munchausen is infamous for his fictitious and outrageous stories of his experiences during his trip abroad. People with Munchausen’s Syndrome, I believe predominantly women, fabricate illnesses, aches and pains in order to get (medical) attention from others.

Munchausen by Proxy is a rare form of childhood abuse, in which the caregiver, typically, the mother, inflicts physical harm onto her child only to care for them afterwards as if they are legitimately sick. Patients go as far as poisoning their own children and bringing them to medical providers time after time for help, presenting themselves as deserving of compassion and empathy from others for the suffering they are withstanding, being the caregiver of a chronically ill child. Obviously, this is a serious psychological disturbance that poses life-threatening risk to the child and is often very difficult to diagnose.

This is what we see Camille’s mother do to her younger half-sister, Amma, and what she did to Camille and her deceased sister, Miriam. In the course of her stay in Wind Gap, Camille connects the dots between her childhood memories and the clues in her investigation of the missing girl. The show ends with a dramatic twist in the end that points to the devastating consequences of childhood abuse and Munchausen’s by Proxy. I will let you see the series or read the book yourself for that one. 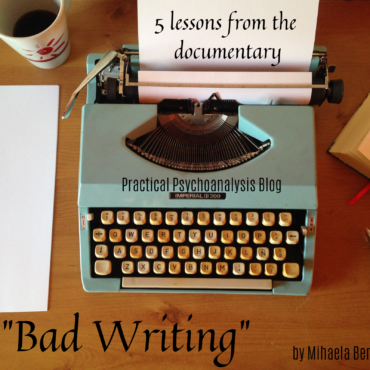