Why you need to say “No” to your teen

HomeAll Post BlogAllWhy you need to say “No” to your teen 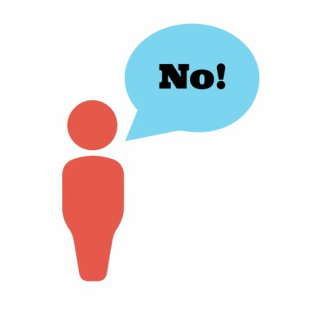 “No” is every parent’s best ally starting from age eight months, when your baby begins exploring the world around them, and continuing into young adulthood. “No” is especially important during adolescence though many parents find it difficult to say it and stick to it.
Why is it important to say “No” anyway? Let us take the little eight-month old baby, for example. The first time parents begin to utter this new word and set a limit is usually because the little explorer is about to get him/herself in trouble by pulling the electrical cords, sticking objects into the outlets or putting hazardous or potentially deadly things into their mouths. We say “No” to indicate that there is a danger, that something must not be reached, touched or done, and we usually follow up on our word with an action – remove the object or remove the baby.
The same is true in adolescence: “No, you cannot drink alcohol until you are 21.” “No, you cannot drive a car until you get a license.” “No, you cannot be outside after the curfew.” The bottom line is that we begin saying “No” to ensure our kids’ physical safety first and emotional safety later, and to begin introducing them into a world of social responsibility where actions have consequences.
The difference between the baby and the teenager is that the teenager talks back, demands an explanation and is far more difficult to contain. With the teenager, it is important to follow up your “No” with an explanation that makes sense, is based on your personal example and on the legitimate rules of the society you live in. Ideally, the limits we set with adolescents attempt to find the right balance between giving them a sense of control, while maintaining ours at the same time.
There is a difficulty, however. Despite their desire for independence and autonomy, teenagers are neither physiologically nor psychologically mature enough to be on their own. Combined with the typical illusory sense of invincibility many adolescence seem to experience, they are that much more susceptible to act impulsively and often dangerously. They literally test the boundaries of their own body and mind, often experimenting with their physical appearance and piercings, trying various substances, making obscure music choices and engaging in risky relationships. It may sound paradoxical, but as difficult as it may be to say “No” and stick to it, the limit set actually reduces the adolescent’s anxiety and serves as an emotional as well as a literal protector.
Not only that but usually, if the parents do not set the limits, the adolescent would search for the “No” s/he never heard elsewhere. Unfortunately, rarely do troubled young people seek limits in positive directions such as sports, music, art or peer groups. Often, they turn to the gang, to drugs or alcohol, to fights, to self-injury or risky behaviors, sometimes even suicide. These are some of the consequences of living with no limits and no boundaries and the adolescent’s attempt to cope with the internal turmoil introduced as a result. The worst violation of boundaries and lack of limits are the cases of sexual and physical abuse, a terrifying “normal” experience for some people. It’s painful to hear my patient’s stories of parents, who failed them one way or another…
As parents, we have a responsibility to our children. Saying “No” is one of them. And sometimes, that includes saying “No” to ourselves.
It's only fair to share...